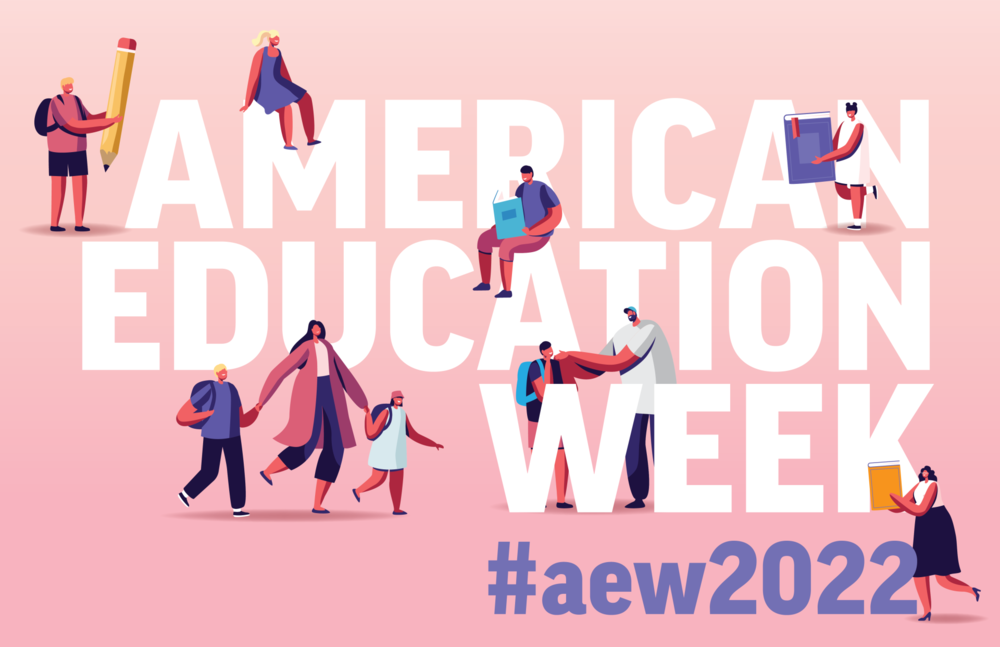 USD 231 is celebrating American Education Week, November 14-18.  American Education Week helps to raise public awareness of the importance of education. Festivities this week are designed to honor the team of people who work in USD 231's schools, everyone from the bus driver and classroom teacher to the cafeteria worker and administrative staff, plus countless others.

Distressed that 25 percent of the country's World War I draftees were illiterate and 9 percent were physically unfit, representatives of the NEA and the American Legion met in 1919 to seek ways to generate public support for education.

The conventions of both organizations subsequently adopted resolutions of support for a national effort to raise public awareness of the importance of education. In 1921, the NEA Representative Assembly in Des Moines, Iowa, called for the designation of one week each year to spotlight education. In its resolution, the NEA called for: “An educational week ... observed in all communities annually to inform the public of the accomplishments and needs of the public schools and to secure the cooperation and support of the public in meeting those needs.”

The first observance of American Education Week occurred December 4-10, 1921, with the NEA and American Legion as the cosponsors. A year later, the then U.S. Office of Education joined the effort as a cosponsor, and the PTA followed in 1938.

American Education Week is always celebrated the week before the week of Thanksgiving. - Source