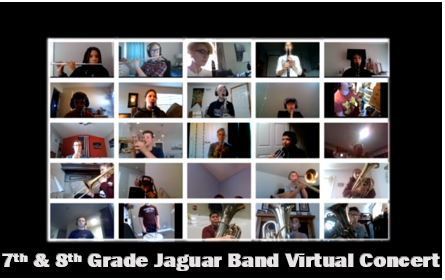 The 7th and 8th grade band students have been busy putting together what we call a "Virtual Performance" as an alternative to a traditional band concert.  We worked on a tune called Simple Gifts, a Shaker folk song, during class.  Once we got to playing it well we recorded an audio track, and then a video track.  All of this was done from home on the Chromebook using a music program we've been using called Smart Music, and the video recording extension for Chrome called Screencastify.  Students recorded the audio track first and submitted, then a week later we submitted the video recordings.  After some doing some compiling and editing (very slowly...), we have a final product we're feeling pretty proud of.